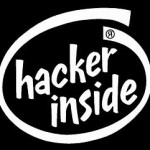 I couldn’t have said it much better myself, so I decided to link to this article rather than write my own version of it. Although, I might write a follow up that gets a little more in depth or something. However, that’s for another day, for now check out this post on the site “Spice Up Your Blog” where the author goes over “5 Ways Your Blog’s Design Is Making You Susceptible To A Hacker”.

Now this isn’t just for server operators, it focuses on things that also make a difference to those that run their own blog too. This is because a “Hacker”, or maybe a visitor with malicious intent, can wreak havoc on your blog even without touching the rest of the server. If they can get access to your database for example, you can kiss all of your posts, pages and pretty much everything else goodbye if they are feeling especially destructive. Even if they don’t destroy your data, they can post things on your blog that you don’t want, like advertisements; porn; we own you messages; what have you. Even worse, is when your site gets compromised and no one knows it. In these cases the hackers can do all sorts of fun things. One especially nasty trick I have seen is when they plant a virus alongside your sites files and then append a small bit of code to your pages so that your visitors get infected, talk about your reputation plummeting faster than a stone tossed out a window.

With all this in mind, take a look at the following page and see if any of the things they talk about there sound like they might be up your alley. It pays to be careful, I hope this helps!

Linux web hosting refers to web hosting services that are based on a server that is running the Linux operating system. It is probably the most widely used type of web hosting, especially for individuals and small to medium sized businesses, simply because Linux web hosting is cheaper than other options like Windows based hosting. The reason for this is that Linux is an open source software product and as such does not incur the high licensing fees that other operating systems do; you can freely download and use it at no cost. On the other hand, a web hosting service that offers Windows based hosting has to pay for the software and maintenance fees.

Some of the advantages of Linux web hosting are: cheaper than Windows, support for PHP scripts and MySQL databases and some hosts may offer telnet accounts at no or little additional cost. In many circles Linux is believed to be more secure than Windows, and for that reason it is also the more popular choice for web designers and programmers. Linux web hosting also offers users many configuration and customization options.

The Linux operating system is also very stable, so you can expect high uptime from a Linux web hosting service. Linux supports most scripting languages and types of web files, and you can use files with all the following extensions: .html, .htm, .pl, .php, .shtml, .asp, .xml and others. The biggest disadvantage of a Linux based web hosting solution is that it is not compatible with Microsoft technologies, like ASP scripts.

On the other side of the coin is Windows based hosting, which is generally more expensive, but it does support ASP and, usually for an extra fee, can support Cold Fusion, Access databases and SQL Server databases.

In conclusion, if you are new to building websites and web design, Linux web hosting is the better, and cheaper, option. However, if you need specialized services that are Windows specific, then you will have to use a Windows web hosting service.

Ok folks, I have decided to toss out some general tips for those of you who consider yourselves website designers. I have been seeing lots of poorly designed sites out there, and it has frustrated me enough that I have to mention a few of the top offenses. Read this and take heed, you might think you are cool and a super leet rumpshakin pimp webmaster dude but, you’re not. Follow me:

I think that’s enough for now, it’s a good start anyway. At the very least you should get an idea of where I am going. Keep your sites clean, simple and easy to navigate. Great designs are fine and well, great even, but do it right!